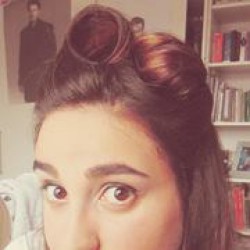 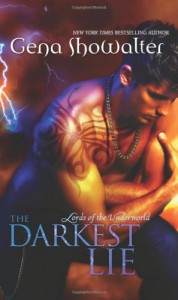 YES!! Finally, what I was expecting! Five well deserved stars. And look at that, not from where I was expecting it. Nice. I think Showalter was inspired with this one and gave it a 110%, which makes me really happy.

I liked Gideon from the first time he was mentioned. I mean, his demon makes for hilarious situations, even when it is frustrating for him.

Holy mother of plot twists. Wow, I didn't see that one coming, and to be honest you don't get surprised much these days, we've seen it all and the mind kind of resolves these mysteries quite easily. But I'm happy I didn't, that I couldn't tell what was going on. That Gideon hadn't in fact forgotten her and their son, but that everything was a mind trick for Scarlet. And it was painful.

When you come across these strong characters that have been trough so much and don't whine, I don't know, it's brilliant and sad at the same time because -at least I'm like that- absorb their feelings while you read and you get frustrated with the unfairness of it all.

And Scarlet was marvelous. One of those strong female characters I love. I can understand her reluctance with Gideon, before and after knowing the truth. I, a reader, wasn't ready to forgive Gideon if he had in fact forgotten her. She's a very human character and Gideon, even thought he's not quite the primary character here, is a good companion. A well made couple, easy to accept.